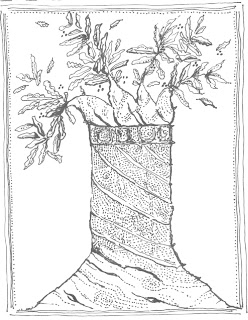 …Towards her lover’s high-pitched worship a woman can grow as tenderly humorous as the slyest cynic in the world. His infatuated rapture in her beauty becomes as nothing, in comparison with the desperate sweetness of her surrender to him. There are levels of feminine emotion in the state of love entirely and forever unknown to men. Man’s imaginative recognition of feminine charm, man’s greedy lust, man’s pride in possession, man’s tremulous sense of the pathos of femininity, man’s awe in the presence of an abysmal mystery – all these feelings exist in a curious detachment in his consciousness. They are all separate from the blind subcurrent that sweeps the two together. But with women, when they are really giving themselves up without reserve, a deep underflow of abandonment is reached, where such detachment from Nature ceases completely. At such times the woman does not feel herself to be beautiful or desirable. She does not feel her lover to be handsome or strong or clever or brave. She might be the more abject of the daughters of her race. He might be the least admirable of the sons of his race. His body, his face, might be contemptible. She has reached a level of emotion where everything about him is accepted and taken for granted; and not only so, but actually seen for what it is, without a flicker of idealism. She has reached a level wherein sublime, unconscious humility she takes as her possessor this image, this simulacrum, this poor figure of earth; and as she does so, she accepts in exactly the same way her own most grievous limitations, discounting ironically and tenderly, with an understanding that is deeper than cynicism itself, all his erotic amorous illusions.

There is thus, in a woman’s love, when it has sunk to this level, no illusion left. He is what he is and she may be what she may be! Inform, cowardly, conceited, stupid, he is her man. She has given herself to him as a free gift. He is her possessor. She belongs now, not to herself, but to him. The danger implicit in this implicitness of a woman’s love, when she really gives herself up, is that a man should get a glimpse of its sublime realism. Architect of illusion as he is, it is only in the full volume and top crest of his love that a man can bear an inkling of how realistically his woman regards him below the surface of her flattery. His love for her will probably weaken before hers does for him. And this will happen just because his love depends on an exaggerated admiration of her, which, if he id not something of a Don Quixote, will pass away by degrees. The tragic danger of the “absoluteness” of her love will arrive when he has really got tired of her and has come to regard her as a stranger to his mind and a burden upon his spirit. At this point his vanity will soon teach him, and her “crossness” and “sensitiveness” will soon teach him, that she is completely free from every illusion about his personality. And then another element will enter. The slow cooling of his love for her will rouse in the woman a blind anger; an anger directed, not so much against the poor, weak man himself, as against all men, and incidentally against all the laws of Nature; and yielding to this anger she will not care how much she hurts his feelings. Let him suffer a little on the surface – which is all he understands! – while she is suffering such tortures in the depths! In this mood how can she resist taking advantage of her knowledge of his character? How can she help prodding and stinging him where she knows it will hurt the most?

What in any woman renders a union lasting is the power of letting her man see that she likes him extremely in addition to loving him. What in any man renders a union lasting is this element of the rational-irrational “Don Quixote” in his mind and soul. And wherein consists this Don Quixote element? It consists in an act of the imaginative will; an act of the man’s soul that is actually creative; an act by means of which he sets up his particular Dulcinea del Toboso in an indestructible and imperishable niche. The act of the imaginative will to which I refer gives a man , in fact, the power to treat his woman, in her lifetime, as if she were dead…which is the rarest essence of human relationship and the supreme triumph over mater of the human spirit…

A Glastonbury Romance
John Cowper Powys
Posted by The Cinquefoil Press at 09:05