The Normal Visible Setting of Our Ordinary Lives 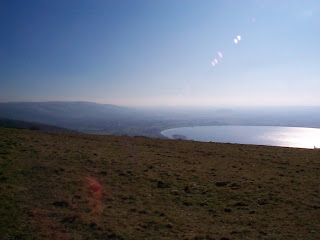 There being no official guardian of our country’s beauty, its guardianship is by default in commission amongst the few who care for it; and it is generally and rightly held that in such matters those who care the most are therefore those who know. That , at any rate, is all the claim that can be made for the authority of the Amenity Protectionists: they have no formal charter, no credentials of infallibility, and they have no legal or executive power or say whatever. They are small though passionate voices crying in the wilderness, and no one need heed them or pay the smallest attentions.

Nor, to be sure, do they – as yet. Being an almost (but not quite) negligible minority, they are prudently regarded as cranks – cranks too detached from the driving-shaft of the modern world to grip it effectively or to promote or retard its revolutions.

That, unfortunately, has some truth in it - or has had; but various organisations, of which the Council for the Protection of Rural England is typical, have recently been tightening things up, and it seems that power may yet be transmitted through these crank – combined and ordered so as to deliver a synchronised and quite appreciable thrust, not only on public opinion, but also upon Parliament, and so ultimately altering the very laws of the land.

The hose having been well and truly stolen, we are about to stage the great national ceremony of locking the stable door - not quite fruitlessly, as we are fallen so low that even the remaining straw and the halter have become precious to us as emblems of our former wealth.

Having already had the larger part of the South Downs filched from us, together with the margins of the New Forest and most of our accessible seaboard (to say nothing of the Home Counties and, at an earlier date, our commons throughout the land), our proposed door-locking comes none too soon.

But can we lock the door effectively even on what is left us – are the would-be janitors strong enough and numerous enough to prevail against the horse-thieves? That is a very urgent question, and one that only the event will answer.

Still, as has been said, all those who really concern themselves with beauty or care about amenity are agreed that England is being rapidly disfigured, and we may accept this as a fact. To many, indeed, it seems the most humiliating and tragic fact of the twentieth century. Cultivated people of all classes must deplore what is happening; are no doubt more or less indifferent; but there can surely be none so perverted as actually to welcome and applaud this mass violation. Pure and whole-hearted diabolists are as rare in aesthetics as in morals, but that there are those who will still or defy their consciences for the sake of personal gain – in any place and at any time – is incontestable. We are probably all ready to sin against the light to some extent (if we are well enough rewarded); and our consciences are as individual and personal as the palms of our hands.

A.’s quasi-religious zeal about the sacredness of natural beauty and our duty towards it in right building may seem queer and wrong-headed to his neighbour B. as B.’s perturbation over blasphemy or sexual unconventionality may seem to A. Yet B.’s sort have all the might, majesty and power of the law and the Churches on their side.

You may ravish and defile the most divine landscape in the world, and your children (being your children) will rise up and call you progressive. You are a “lucky prospector” or a “successful real-estate operator,/” a “live wire” and what local newspapers call “a prominent and respected citizen.” By your exploitation of the land you have enriched yourself and your heirs. You have done very well. God’s footstool! How convenient for the unscrupulous to sharpen their claws upon! How tattered is it becoming, how for ever gone and forgotten its first fresh comeliness!

If we technically blaspheme – mere perishable words – we are threatened with hell-fire and/or six month’s hard labour. For a hastily expressed thought we incur mot merely odium, but penalties definite and severe.

Yet for a deliberate act, brutally disregardful of natural beauty, essentially anti-social, sacrilegious and blasphemous, we receive the protection of the State, the accommodation of the banks, the approbation of our fellows, and the toleration of the Churches.

Possibly that is the only road to pacifism - to destroy all that is fair and of good repute in our own country, all that fosters our pride and our love, so that we shall no longer care greatly what becomes of it, nor show any feeling save surprise should a foreign invader think it worth appropriating.

Certainly the dangerous adventure of war, even the probability of death or mutilation, offered a more attractive prospect to many of our countrymen than did their normal life back in England.

“The response of the Black Country and the industrial North has been magnificent - the patriotism of these simple, toil-worn men in leaving their homes and flocking to the colours is truly wonderful.” One recalls such paragraphs, and one recalls visions of Wigan, St Helens, Oldham and Sheffield.

True, the affections of man are strange and unreasoning, but the average home in such places is not calculated to inspire much love or loyalty or great self-sacrifice in its defence. That of course, is the danger of letting one’s country become too unpleasant – the dead point of indifference is passed and war (whether civil or other) is welcomed as at any rate a change from normal life.

The hundred per cent. Pacifist should perhaps aim at a country which, purged of all causes for pride, love or enthusiasm, is yet not so utterly bereft of all attractions as to exasperate.

That is the sober norm towards which we are now trending. We are modifying both towns and country, removing the worst reproaches from the one and much of its essential charm from the other.

We plant trees in the town and bungalows in the country, thus averaging England out into a dull uneventfulness whereby one place becomes much the same as any other – all incentive to exploration being thus removed at the same time as the great network of smoothed-out concrete roads is completed.

Truly it’s an ill bird that fouls its own nest, and not merely ill but perverted if it rejoices in the fouling.

The fat is that English people need mass psycho-analysis. We know the morbid symptoms - false standards and values, blindnesses and callousnesses and such-like. We need to discover the root causes of these disastrous abnormalities, and having discovered them, we many hope to prescribe for a cure. False values, and insensitiveness – particularly to beauty – these are probably at the root of the trouble.

Money itself has somehow usurped in our desires the place of the good things that it can purchase, or things good in themselves have crowded our of our limited imaginations the things which are better and best.

“I often wonder what the vintners buy
one half so precious as the things they sell.”

Insufferably hackneyed as a quotation, how often does this doubt affect our actual lives?

Because natural beauty is so prodigal, because so much of it is free, we are in danger of disregarding it, like the air we breathe. It is perilously easy to lose all consciousness of it, to become inured and dead to its stimuli, as are most English people. As a fact of any significance in their lives it ahs ceased to exist, and talk about it seems to them just tedious and unrealistic.

Because the balance-sheets ignore the more real values, and chartered accountants apprehend them not, we too disregard them or treat them as amiably fictitious; so ludicrously topsy-turvy is the current evaluation of the practical, normal Englishman!

Yet the apprehension and contemplation of beauty have yielded and can still yield the most ecstatic pleasure of which humanity is capable. So complete an ecstasy may be rare – sharp, stabbing pleasure even may only visit us occasionally; but a happy awareness of beauty about us should and could be the everyday condition of us all.

“The beauty about us” – that is, the beauty of country, town and village, the normal visible setting of our ordinary everyday lives – not that which is mewed up in galleries and museums or between the covers of books.

It is this common background of beauty that this book seeks to champion and defend.


England and the Octopus
Clough Williams-Ellis
First published 1928 reprint 1975
Watchmen and Thieves
Posted by The Cinquefoil Press at 03:07