The Roughest Sort of Truth 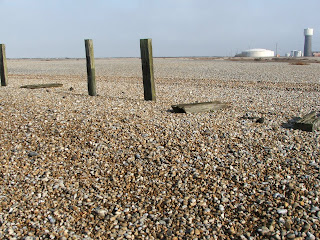 For 25,000 years, more or less, Man or near-man has inhabited this world of ours. Only for the last few thousand years do we know very much about him. Only for the past century or so has he given cause for alarm and despondency in his maltreatment of the earth’s surface.

In all probability (so the authorities inform us) another 25,000,000 years or so will be lived through by humanity on this planet. If there is even the roughest sort of truth in these figures, the human race is after all very, very young, and may still be allowed a good deal of folly.

Certainly the thought of those millions of years ahead of us is somehow comforting – it does seem to give time in which to straighten out our muddles and mistakes, though it provides no good reason for our going on making them. Indeed, if wee could count fairly confidently on the world coming to an end quite soon , that would be the only excuse for letting things slide – trouble, even if they should serve to alleviate certain immediate distresses.

As, however, there seems to be no immediate prospect of fundamental changes in those wider spheres in which are expressed the philosophical and political genius of a people – changes that would go to he very seat of the disorders of the body politic – ameliorative measures are all that meanwhile seem possible in this as in to her departments of our national life. These measures are here suggested in no great hope of even a gradual cure being thereby assisted, but rather because, if the major operation that is really necessary cannot be performed, it is perhaps better to try ointments and lotions than to do nothing at all. They may give local and temporary relief, and are in any case a refuge against despair.

Some of our self-inflicted wounds and sore are in their very nature incurable and will leave indelible scars upon this physical world of ours that will outlast humanity itself. Others will remain as blemishes for generations, or perhaps for centuries; and if we can do even a little in the way of preventing that which is so abidingly disfiguring, so uncertain of cure, it would seem worth while, like the holding of a beleaguered city in the hope that something may survive to reward the rescuing host.

It is only a somewhat wilful faith in the ultimate sanity of the English people that can hearten one sufficiently to engage in so seemingly lost. The relieving force is not yet even enrolled, let along disciplined, and we have no proof that its steadiness or morale will be adequate to the enormous tasks that await it, to which each year, each day, we meanwhile add and add.

Everyone who reads this book – indeed, everyone who reads at all or has eyes in his head – knows that England has changed violently and enormously within the last few decades. Since the War, indeed, it has been changing with an acceleration that is catastrophic, thoroughly frightening the thoughtful amongst us, and making them sadly wonder whether anything recognisable of our lovely England will be left of our children’s children.

Little enough will be left for our own latter days: already we begin to tell each other guardedly and secretly of remote places where things are still as they used to be, where brutal exploitation is not yet, and where there is no new building, or where such buildings as there may be are well-mannered and harmonious.

For- need it be said? – it is chiefly the pate of mean building all over the country that is shrivelling up the old England – mean and perky little souls should inhabit with satisfaction.

Yet for the sake of our countrymen and our good opinion of them we must hope and believe that the unfortunates who dwell therein are thoroughly miserable, furtive and ashamed, and by no means the creatures that would seem the only appropriate tenants of what the twentieth century has offered them as homes.

But what vindictive monsters must their builders be – what grudge they must have against their England and against generations of Englishmen yet unborn!

All of which, of course, is no more than oratorical nonsense.

We know well enough that decent, God-fearing, God-damning Englishmen live very contentedly in the pink asbestos bungalow; and if they chance to be on Salisbury Plain or Dartmoor or the South Downs, or some commanding hill in the Cotswolds or the Chilterns where they can be seen from miles around, they are the more content and very far from ashamed.

And the builders, even the speculative builders – they are charming. Most of them take a pride in their work, many of them are honest; and to be a builder or contractor at all bespeaks considerable enterprise and organising ability – qualities very valuable in the citizen.

And yet…
Here we have two parties, each estimable and perhaps without reproach in everything else, conspiring together to commit an outrage upon the mother that bore them.

We have become tender in these days; yet because these people are blind, and ignorant of what they do, are we to hold them guiltless? And who shall decide what is and what is not an outrage?

England and the Octopus
Clough Williams-Ellis
First published 1928 reprint 1975
Chapter 1, The Prodigal Planet - page 11
Posted by The Cinquefoil Press at 03:00