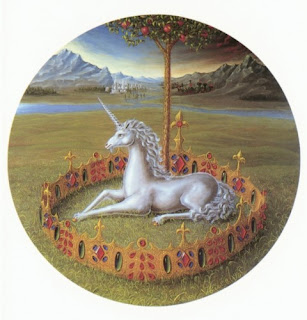 In these days, when men of science declare that the physical laws governing the universe are not as fixed as was supposed, our belief that true religion would consist in the contemplation of the poetry of existence is more than ever justified. With the utmost alacrity orthodox theologians have appropriated for their own superstitious turn these opportune gaps in the scientific summary. With this arrant reasoning in mind, we need no longer be concerned to defend traditional imaginings; for surely the tree of life in our sense-apprehended world does draw its sap form deep-set Ygdrasil roots.

In what then does our natural faith consist? In a heightened awareness of the stream of earth-life as it moves past in our moment of space-time. It is a faith that obstinately repudiates all dogmas, and believes that consciousness is its own justification. This spontaneous persuasion rests upon a sensitive sense of earth-existence as it is revealed to each generation from the day of birth to the day of death. Early man held to this simple metaphysic when he stood in speechless awe before each unexpected manifestation of the natural world, before the glittering transformation of geometric frost marks, before the thunder of the heavens. Modern man holds to it whenever with a free mind he realises the utter isolation of his soul.

In such a state the most fanciful legends have for him a significant message. Consider, for example, the ancient rumour of the unicorn. It is of no consequence to him whether the fabulous creature ever “really and truly” lived. There may never have been unicorns “milk-white all over except nose, mouth, nostrils”; o, as Sir Thomas Browne made bold to suggest, there may have been “many kinds thereof.” It does not matter. To such an earth-born one it is sufficient that so strange, so lovely a conception should ever have got into man’s head at all, should have got into it and continued to bewilder it with delight for so many succeeding centuries. His preoccupation is always with this lyrical, with this ballad quality that celebrates human history, this romance that, as it were, with the sound of flutes, attends every delusion that has ever been entertained by a human being born upon this lost earth, upon this earth washed by salt seas, adorned with grasses, ornamented with fluttering birds. It suffices for such a worshipper that our churchyards are sown thick with the skulls of men who believed in the existence of the unicorn.

It has been suggested that the tale owed its origin, and its power over men’s imaginations, to a half-conscious, sublimated, ithyphallic association; and this assumption would seem to explain what is taught about the intimate comportment of the stately, aristocratic animal. The legend of the unicorn can be taken as an almost perfect example for illustrating the irrelevance of everyday facts, of everyday truths, to anyone whose deepest experience rests upon the spirit rather than upon the letter. It would be impossible to over-treasure this ancient hearsay as an imaginative contribution to the wild history of man.

The religion of poetry rests to-day, as it did in the time of Homer, on an impassioned appreciation of appearances. It is an austere religion that demands a certain detachment, a certain selfless dedication. When once, however, we have become initiates, how rich is our reward! Never again, not for a single moment, can we become submerged by the importunities of unillumined reality; the least favourable daily incident finding a place in our particular poetic perspective, in this inspired perspective that never loses sight of our lot upon this planet, a planet dancing in sunlit space, inhabited by animals grown wise; by a breed of dreamers malign and magnanimous, sturdily camped in their generations upon a corn-bearing tilth, and covetous of an unending spirit life.

The ancient lore that surrounds the unicorn story is redolent of the fairy-like invention of earth’s phantom populations. It is no clodhopper record. This beast “with armour on its brow” is conceived proudly enough. He is a high-spirited animal that loves solitude and frequents undisturbed waste lands. God Almighty, exulting over His handiwork, selects the unicorn, the re’em, to flout Job with. “Will the unicorn be willing to serve thee, or abide by thy crib?… Canst thou bind the unicorn with his band in the furrow? Or will be harrow the valleys after thee?” Always the unicorn is represented as a mettlesome creature, a quadruped of hot humours, only to be captured, so the ancients delivered, through its “property” of sexual susceptibility. If a true virgin sat alone in a flowery mead, then this high beast would come out of the forest to lay its beautiful blanche head upon her lap, and while it remained thus, besotted by the girl’s caresses, the hunters would be able to approach it, to catch it, to kill it. It was out of this older story that the idea of the Holy Hunt arose, with Jesus symbolised by the sacrificed unicorn.

Fancies upon fancies, imaginings upon imaginings, illusions upon illusions; and yet how charged, how penetrated beyond all expectations with the wonder, the miracle of our earth’s nursery rhyme. What a high victory is here for man’s mind. Think of him arising from his brutish estate of clubs and fist-flints, hairy, muscular, mud-begotten; and presently, in no time at all, passing on from one immovable flap ear to another immovable flap ear of his rude fellows this entranced, moon-impregnated story.

It is nothing to us whether such tales be false or true in the ordinary sense of those slippery words. It does not matter whether Christ lived or did not live. The important thing is that His personality, so simple to some, so complicated to others, so pathetic, so tragic, was ever projected out of man’s abused heart. These unicorn stories are illuminated scraps torn from God’s scroll – for what is truth? Nothing more sure than an inspired momentary glimpse of eternity vouchsafed to mortals between birth and dusty death.