Poem on his Birthday 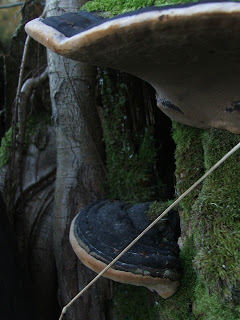 In the mustardseed sun, by full tilt river and switchback sea where the cormorants scud, in his house on stilts high among beaks and palavers of birds this sandgrain day in the bent bay’s grave he celebrates and spurns his driftwood thirty-fifth wind turned age; herons spire and spear.

Under and around him go flounders, gulls, on their cold, dying trails, doing what they are told, curlews aloud in the congered waves work at their ways to death. And the rhymer in the long tongued room, who tolls his birthday bell. Toils towards the ambush of his wounds; herons, steeple stemmed, bless.

In the thistledown fall, he sings towards anguish; finches fly in the claw tracks of hawks on a seizing sky; small fishes glide through wynds and shells of drowned ship towns to pastures of otters. He in his slant, racking house and the hewn coils of his trade perceives herons walk in their shroud.

The livelong river’s robe of minnows wreathing around their prayer; and far at sea he knows, who slaves to his crouched, eternal end under a serpent cloud, dolphins dive in their turnturtle dust, the rippled seals streak down to kill and their own tide daubing blood slides good in the sleek mouth.

In cavernous, swung wave’s silence, wept white angelus knells. Thirty-five bells sing struck on skull and scar where his loves lie wrecked, steered by the falling stars. And tomorrow weeps in a blind cage terror will rage apart before chains break to a hammer flame and love unbolts the dark

And freely he goes lost in the unknown, famous light of great and fabulous, dear God. Dark is a way and light is a place, heaven that never was nor will be ever is always true, and, in that brambled void, plenty as blackberries in the woods the dead grow for His joy.

There he might wander bare with the spirits of the horseshoe bay or the stars’ seashore dead, marrow of eagles, the roots of whales and wishbones of wild geese, with blessed, unborn God and His Ghost, and every soul His priest, gulled and chanter in young Heaven’s fold be at cloud quaking peace.

But dark is a long way. He, on the earth of the night, alone with all the living, prays, who knows the rocketing wind will blow the bones out of the hills, and the scythed boulders bleed, and the last rage shattered waters kick masts and fishes to the still quick stars, faithlessly unto Him

Who is the light of old and air shaped Heaven where souls grow wild as horses in the foam; oh, let me midlife mourn by the shrined and druid herons’ vows the voyage to ruin I must run, dawn ships clouted aground, yet, though I cry with tumbledown tongue, count my blessing aloud:

Four elements and five senses, and man a spirit in love tangling through this spun slime to his nimbus bell cool kingdom come and the lost, moonshine domes, and the sea that hides his secret selves deep in its black, base bones, lulling of spheres in the seashell flesh, and this last blessing most,

That the closer I move to death, one man through his sundered hulks, the louder the sun blooms and the tusked, ramshackling sea exults; and every wave of the way and gale I tackle, the whole world then with more triumphant faith than ever was since the world was said spins its morning of praise.

I hear the bouncing hills grow larked and greener at berry brown fall and the dew larks sing taller this thunderclap spring, and how more spanned with angels ride the mansouled fiery islands! Oh, holier then their eyes, and my shining men no more alone as I sail out to die.


Dylan Thomas
Posted by The Cinquefoil Press at 12:10