Amazing Secrecy in Which the Mind Unfolds 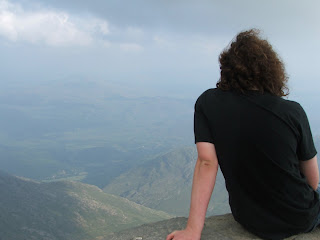 ...I often watch children in the early teens and wonder if the world to them is as exquisite as it was to me, and if, in the amazing secrecy in which the mind unfolds itself, they can claim as many lovely dreams as those which once belonged to me.

A faint echo of this old magic meets me now and then round the bend of a road, the scent of fennel always awakens it, or the sight of a bee in a snapdragon or a nest full of young birds with their bare necks stretched out, the grey down on their heads. Just as some notes can be pitched high enough to break a glass, so these associations vibrating in the mind shatter cynicism and re-create for a fraction of a second a shining, sensuous world, a million times more lovely than the world has ever been, but, in less time than a shadow flies across the grass, the second passes and a man is left where he was before with realities around him.


In Scotland Again
HV Morton
Posted by The Cinquefoil Press at 12:36