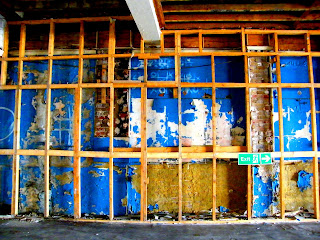 We move, as I have said before, in a world of illusions, but of illusions on one plane. We are mistaken if we think that there is, in ultimate reality, any such thing as a cube, any such thing as a cow; but, at all events, these two are apparently on the same surface of being. But, now and then, there are intrusions upon us from other worlds, probably quite as illusory as our own. And we are accordingly left stupefied. There is no t” therefore”; no ratio. Suppose a mathematician, in the high matters of his science, to come upon a conic section singing a comic song. Suppose a gamekeeper trapping weasels – and catching Abstract Triangles, or a classical scholar finding the optative mood turning into white mice, with small, gilt bells. Thus it was when the coals shot out of the coal-scuttle at Farringay on the King’s Cross Line (a case of poltergeist), when the mud walls broke upon the Bishop’s holy head in ; when I say the name “ Le Fleming” - or Fleming – on the brass plate in the Earl’s Court Road…


But, after all, from all this there does result this one moral…that the world, the sum of things of which we are cognisant, is infinitely queer, that even in the rind or surface of it the strangest essences are lurking, that tremendous beauties, amazing oddities are everywhere present, wearing very often, to use the Wardrobe Master’s phrase, Disguise Cloaks of the most commonplace pattern.

The London Adventure p.122 Arthur Machen
Posted by The Cinquefoil Press at 03:11