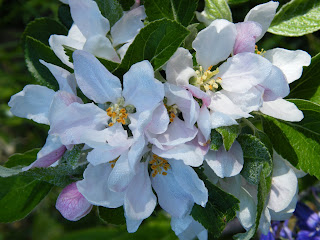 ...fairy-stories are not the only means of recovery, or prophylactic against loss. Humility is enough. And there is (especially for the humble) Mooreeffoc, or Chestertonian Fantasy. Mooreeffoc is a fantastic word, but it could be seen written up in every town in this land. It is Coffee-room, viewed from the inside through a glass door, as it was seen by Dickens on a dark London day; and it was used by Chesterton to denote the queerness of things that have become trite, when they are seen suddenly from a new angle. That kind of "fantasy" most people would allow to be wholesome enough; and it can never lack for material. But it has, I think, only a limited power; for the reason that recovery of freshness of vision is its only virtue. The word Mooreeffoc may cause you suddenly to realize that England is an utterly alien land, lost either in some remote past age glimpsed by history, or in some strange dim future to be reached only by a time-machine; to see the amazing oddity and interest of its inhabitants and their customs and feeding-habits; but it cannot do more than that: act as a time-telescope focused on one spot. Creative fantasy, because it is mainly trying to do something else (make something new), may open your hoard and let all the locked things fly away like cage-birds. The gems all turn into flowers or flames, and you will be warned that all you had (or knew) was dangerous and potent, not really effectively chained, free and wild; no more yours than they were you. The "fantastic" elements in verse and prose of other kinds, even when only decorative or occasional, help in this release. But not so thoroughly as a fairy-story, a thing built on or about Fantasy, of which Fantasy is the core. Fantasy is made out of the Primary World, but a good craftsman loves his material, and has a knowledge and feeling for clay, stone and wood which only the art of making can give.
[J. R. R. Tolkien, "On Fairy Stories" in Tree and Leaf 77-78]
Posted by The Cinquefoil Press at 08:18