The Eerie Realism of a Dull Corner 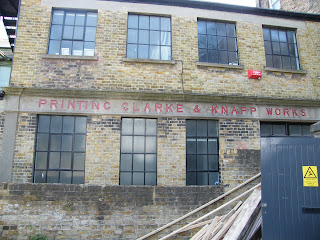 Herein is the whole secret of that eerie realism with which Dickens could always vitalize some dark or dull corner of London. There are details in the Dickens descriptions - a window, or a railing, or the keyhole of a door - which he endows with demoniac life. The things seem more actual than things really are. Indeed, that degree of realism does not exist in reality: it is the unbearable realism of a dream. And this kind of realism can only be gained by walking dreamily in a place; it cannot be gained by walking observantly. Dickens himself has given a perfect instance of how these nightmare minutiae grew upon him in his trance of abstraction. He mentions among the coffee-shops into which he crept in those wretched days one in St. Martin's Lane, "of which I only recollect that it stood near the church, and that in the door there was an oval glass plate with 'COFFEE ROOM' painted on it, addressed towards the street. If I ever find myself in a very different kind of coffee-room now, but where there is such an inscription on glass, and read it backwards on the wrong side, MOOR EEFFOC (as I often used to do then in a dismal reverie), a shock goes through my blood." That wild word, "Moor Eeffoc," is the motto of all effective realism; it is the masterpiece of the good realistic principle - the principle that the most fantastic thing of all is often the precise fact. And that elvish kind of realism Dickens adopted everywhere. His world was alive with inanimate objects.
[GKC, Charles Dickens CW15:65]
Posted by The Cinquefoil Press at 08:16