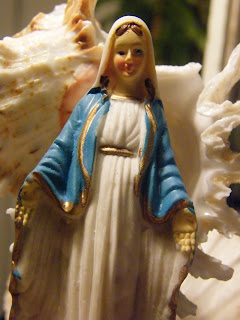 Twelfth Eve (Vigil of the Epiphany, Paramone of the Theophany)

Ancient Rome: on this day (when calibrated with the Roman calendar) on the Greek island of Andoros, the 'Theodosia' or 'Gift of the God' was celebrated; it was on this day that a wonder occured. The water of a spring by the temple of Dionysos tasted like wine and continued to do so for a week, though the taste was lost if the water was taken out of sight of the temple. In the evening, during the later Roman empire, there began at Alexandria a festival that continued into the next day, a celebration of the birth, at cockcrow, of Aion (Eternity) to Kore (the Maid) at which water was ceremonially drawn from the Nile and stored; since Aion was closely associated with Sarapis, who in turn was associated with Dionysus, the suggestion has been made that the god was meant to turn the water into wine. This would explain why the Christian Epiphany (6th January) was associated with Christ's performance of this miracle at the wedding-feast in Cana (it was also associated with the miracle of the loaves and fishes).

5th January, Source - The Oxford Companion to the Year

http://en.wikipedia.org/wiki/Serapis
Posted by The Cinquefoil Press at 11:07