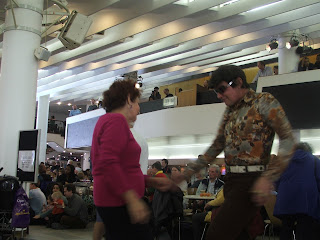 ...Social reformers were, he rightly reckoned ,certain to concern themselves too exclusively with the task of trying to improve the conditions of pay, the distributing of wealth, to the comparative neglect of the conditions of work. Capitalism would be able to maintain its worst tyranny, that of subdivided and de-humanising toil, by concessions as liberal as they had to be, upon the wages question. This Ruskin clearly saw, would in itself be no solution of the social problem. It would leave degraded human beings with more money to apply to the satisfaction of degraded tastes. The whole problem of luxury or bad wealth, "illth," would remain unsolved...

Ruskin the Prophet, JA Hobson, page 91
Posted by The Cinquefoil Press at 11:53